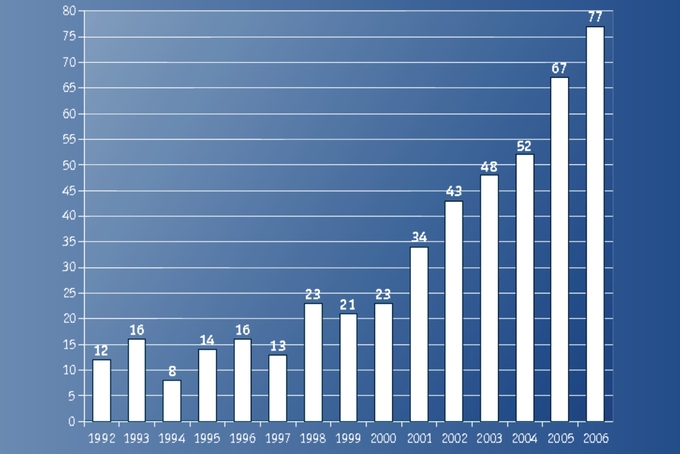 As expected, total production of Kubicek Balloons in 2006 was again higher than in previous years. This trend is continuing already 8thyear and it doesn't seem to be discontinued in next period.
Last year's 77 balloons was 15% more than in 2005. One number for better understanding: one third of all balloons which we ever produced, was manufactured in last two years!