A hot-air airship is part of our history which we are really proud. There are not so many manufacturer who could claim successfull achievment of such a goal.
On the other hand it's the history and probably it will stay like that. Though we would be technically able to make it again, due to changed certification and approval procedures in recent 20 years such a project turned to a complete economic nonsense and it's not worth any more. We find it sad but the airship era is over.

Let's check the existing Kubicek airship types, admire their elegancy and ... let's hope together their time will come again in the future.

Our Kubicek AV2 was honored to promote the 7th World Airship Championship in Bad Waltersdorf in September 2000. On this occasion the airship hovered above local attractions, including Bad Blumau Hotel and Schielleiten Chateau. In flight with a Cameron DP 90 airship, it was impossible not to remark on the beautiful cigar shape of the Kubicek Factory's AV2. 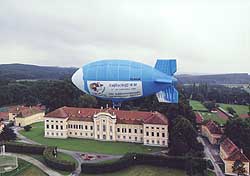 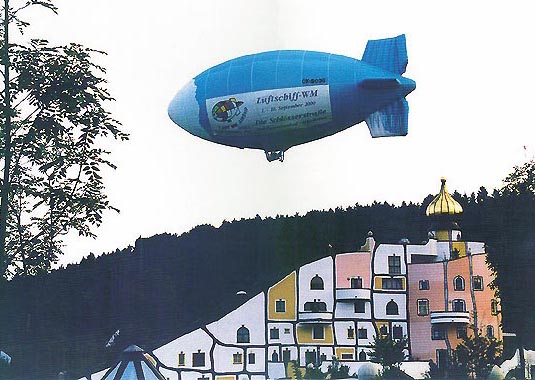 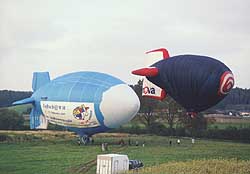 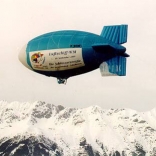 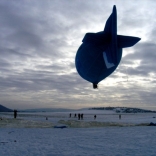 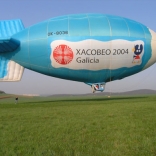 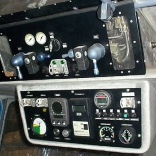 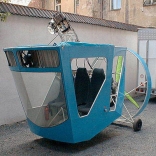