Proper deflation system is a part of every envelope. The most common to be seen is the parachute or one of the FDS - Fast Deflation Systems.

Parachute is a basic system for the smallest balloons up to BB51Z. We do recommend Slide Vent for balloons over 3,400 m3 - BB34Z (120,000 cuft), though. Parachute is operated by one red line and it closes automatically. 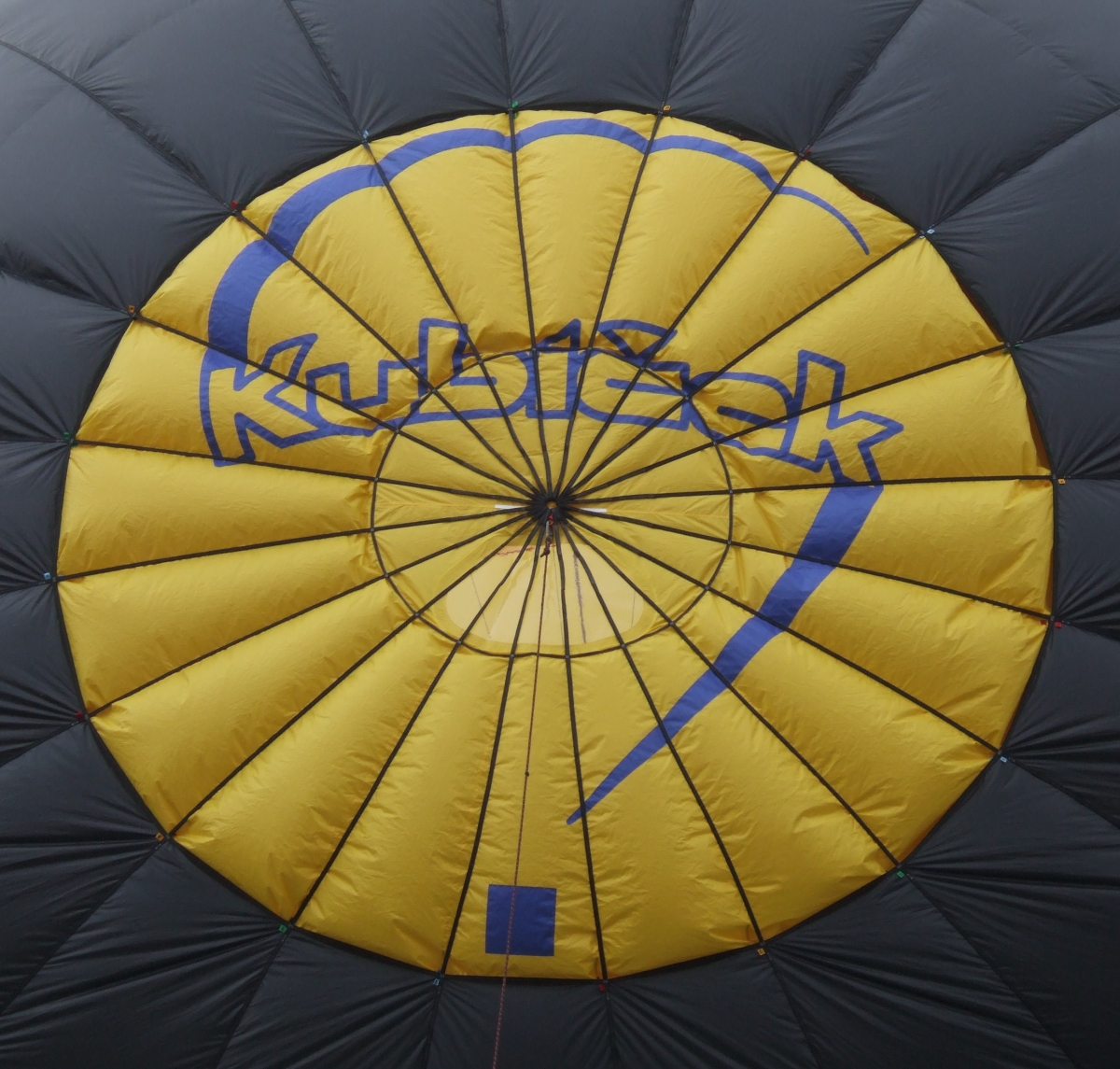 This is a modified parachute for better safety while quickly ascending. The parachute panel is fixed to the center of the envelope crown to restrain it from falling inside or opening. It's also a standard option for eXtreme Racers and Super Sports. Comparison with the standard parachute.

Fixed parachute has one operating red line and closes automatically. The disadvantage of this system is its less effective when deflating the envelope in light winds. An alternative deflation system is the Paralite.

This is a special system made specificly for the eXtreme Racers and Super Sports and is particularly effective when landing at high wind speeds or when deflating in little or no wind. It is fixed in the center in the same way as the paravent and has two control lines: a red line that works in the same was as the paralight red line, the vent closes automatically. It also has a white line, which is only used to hold the parachute completely closed in a very fast climb or in wind shear. When inflating in calm winds, the white line can be used during the inflation and there is then no need to manually close the velcro tabs. Comparison of Paralite with standard parachute.

Another advantage of Paralite is the option of having control of what is above the balloon - very useful while flying in a group.

The standard deflation system for envelope sizes of 6,000 m3 (210,000 cuft) and larger. It is also a prefered option for smaller envelopes. This system is simpler than Smart Vent in its construction, it is also lighter and easier to operate. It suits all balloon sizes. Slide Vent has two control lines: red line - activates and opens the system but doesn’t close it. Red-and-white line - has a similar function as in a paravent and closes the system. Could also be used for light venting - closes automatically.

Smart Vent is the original Fast Deflation System licensed to Kubicek Balloons by Kavanagh Balloons of Australia. Available as an option of envelopes up to 10,000 m3 (350,000 cuft).

Lite Vent is a development of the Smart Vent and licensed to Kubicek Balloons by Kavanagh Balloons of Australia. Its exceptional advantage is the reduced force required to operate the red-white venting line which can be used to curl down just the edges of the parachute, very useful in an intermediate landing. It has no practical use in envelope smaller than 8,500 m3 (300,000 cuft).

A Velcro edged Rip Panel is an irreversible option for deflating an envelope. It is most frequently used for special shaped balloons, where a standard deflation system cannot be used because of the balloon’s shape. In most cases a combination of a Rip Panel and a Parachute is used. The Rip Panel control line is always red. There is also a system of locks on a Rip Panel to prevent it opening unintentionally.